Residential real estate sales showed promising signs in August 2019, with 450 sold overall. While 13% less than last month's 511, sales are up by 8% compared to August of 2018's 416. This is the second consecutive month that sales have shown an upswing compared to last year.

The number of new residential listings in the Central Okanagan real estate market were on par with last month, with 845 in August versus 841 in July, and were only down 1.6% from August of 2018's 859. This slowdown in new listings is typical for this time of year and also results causing average prices to increase.

The average days on market (DOM) showed a promising decline in August by 20% to 66 DOM from July's 81 and was only slightly higher than last August's 62 DOM.

If you have any questions on the information above or if you would like to discuss next steps in buying or selling a home in the Central Okanagan, feel free to email Jeff Creamer at jeff@shopkelownahomes.com or call 250-575-7112. Enjoy weekly updates on the Central Okanagan real estate market by following Jeff on Facebook, Instagram and Twitter. 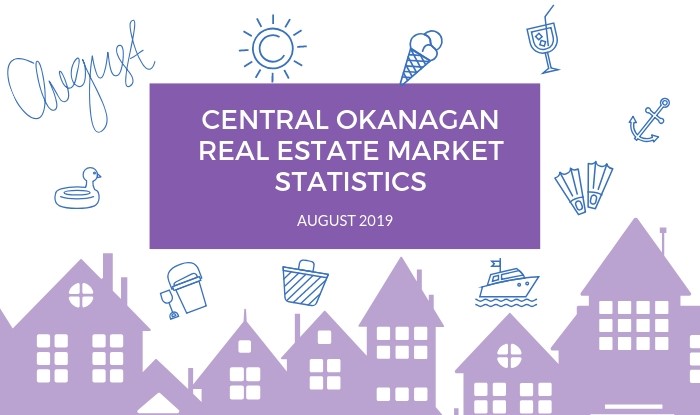