Central Okanagan residential real estate sales experienced a 26% increase in March compared to February, with 383 sold in March versus February's 283. March residential real estate sales were also up by 10% from March of 2019's 343. Although sales increased in March, many of these deals were most likely in-progress prior to the outbreak of COVID-19, which will most likely result in a market slowdown in the coming months. Realtors are still able to facilitate real estate transitions utilizing technology while social distancing restrictions are in effect.

The number of new residential listings increased 26% from February, with 916 new listings in March compared to February's 677. New listings this March were 2% higher than March of 2019's 898.

If you have any questions about the data or would like to discuss next steps in buying or selling a home in the Central Okanagan, feel free to email Jeff Creamer at jeff@shopkelownahomes.com or call 250-575-7112. Receive weekly updates on the Central Okanagan real estate market and other useful real estate information and tips by following Jeff on Facebook, Instagram and Twitter. 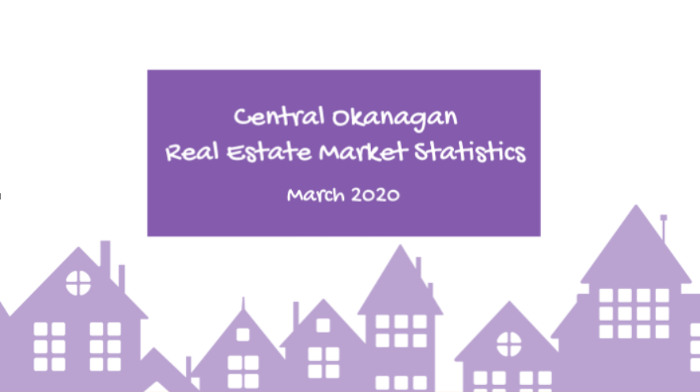